Some things never change. Trends come and go, discoveries are made, ideas shift with time, and the economy rises and falls. However, through it all, one thing that doesn’t change is human nature. People are still people, and human nature is a constant through the years. People have an innate need to connect to others, and to be valued by those who are connected with them.

When your social media crisis plan is based on the constants of human nature, the plan can be timeless. Social sites will come and go, and technology will keep progressing. As long as your plan is rooted in the fundamentals of human nature, it can remain as relevant as when you created it.

One social media crisis that illustrates this timelessness is the one that Domino’s Pizza faced a few years ago. A crisis like this will never go away on its own – it can continue to escalate and build intensity until you take some action to resolve it. This case study provides useful insights for companies today that are developing their social media crisis plans. We will examine the strategies Domino’s used, the mistakes they made, and the successes they achieved.

Â The crisis at Domino’s

In April 2009, Domino’s Pizza did not even have a presence in social media yet. However YouTube was the stage where their crisis took place. Two employees in one of their North Carolina stores made a video of themselves doing awful things to a sandwich they were making, before they sent it out for delivery. The employees uploaded this to YouTube, where the video quickly went viral. Domino’s was blindsided with an immediate and very public social media crisis unlike anything they had ever seen.

Domino’s response to the crisis

Domino’s a stellar job of dealing with what could have been a catastrophic crisis. They quickly implemented a communications strategy that managed to save their brand. Here are the steps that they took.

All in all, Domino’s Pizza handled this crisis remarkably well. Although they could have improved their response by issuing a public statement immediately, when they did produce their final response, it was done masterfully. This crisis could have caused irreparable damage to their brand, but years later, the company is still going strong. The urgency, sincerity, and humility of their actions and statements went a long way in reassuring the public.

Human nature is a constant, and as long as your business is dealing with human customers, your crisis management plan can remain relevant. You may want to tweak it now and then as social sites come and go, but the heart of your plan will be as valid as ever. Spend the time to create a solid plan, and you can keep it around for years. 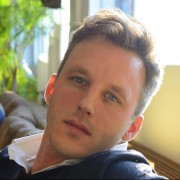 A progressive and operational, British National, strategist and trusted consultant with a rich mix of Business Development & Marketing experience spanning over 20 years of international work experience (Middle East and Europe) as a leading business professional in the hospitality industry.